History of the City 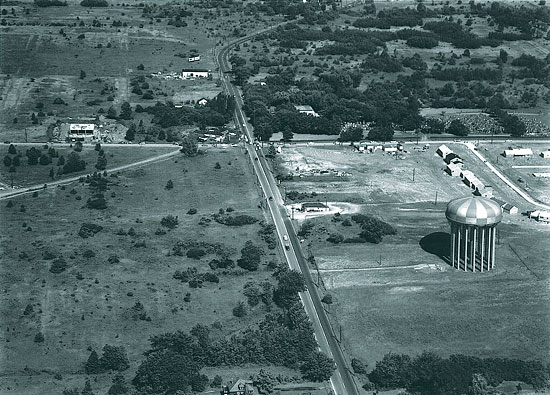 The early history of Beachwood dates back to the Western Reserve, the establishment of the state of Ohio, the formation of counties within the state, and the division of counties into townships. One of the original townships was Warrensville. Warrensville Township lost land over the course of a century to seven cities and villages, including Beachwood.

Early state legislation permitted incorporation of villages with a minimum of 30 inhabitants.

Beachwood Village was part of Warrensville Township until 1915, when it seceded following a decision by township officials to close a school in that area. On May 29, 1915, a petition signed by 57 freeholders of the northeastern part of the township was filed with the trustees. They asked that their section, containing a population of 151, be permitted to incorporate as a village.

On June 15, 1915, an election was held at the schoolhouse at the corner of Richmond Road and North Woodland Road (officially renamed Fairmount Boulevard in September 1925). Out of 47 votes, only one was against the proposal. On June 26, 1915, the trustees of Warrensville Township ordered the incorporation of Beachwood Village.

The Birth of City Council

The village started to hold regularly scheduled council meetings on October 4, 1915. The first city council meeting was held at the old, red brick schoolhouse. This building was first erected in 1868 as a part of Warrensville Township. The following council meetings and all village business was conducted out of the homes of elected council officials until June 24, 1924, when council changed the official headquarters of the village back to the red brick schoolhouse, which was shared with the Beachwood Board of Education.

In August of 1926, with an increasing school population, the Board of Education erected a temporary one-story wooden building approximately 50 feet behind the red brick schoolhouse on village-owned property to house additional students while a new large school building was being erected up the street. That building was later known as Fairmount School, but upon completion in 1927, it was referred to as "Beechwood School." That building also served as the headquarters of the Beachwood Board of Education offices until the building was demolished.

On May 14, 1929, the village purchased the temporary wooden building from the Board of Education for $3,887.19. That same year, the red brick schoolhouse was demolished and the wooden building was moved to the exact location of where the red brick schoolhouse stood. A basement was dug, and a lower garage was added. This building then became the first permanent Village Hall of Beachwood. The rear portion of the building, which formerly housed the fire department, was added in 1961. The front of this building became "The Beachwood Center for the Arts." The Village Hall was demolished in October 2003 to make way for the construction and renovation of the Beachwood Municipal Complex.

From Beechwood to Beachwood

During the first 10 years, the council approved a water contract with Cleveland, employed an engineer to prepare a plan for laying out the village, provided some street lighting, and contracted with Cuyahoga County to keep prisoners of the village. Beachwood received its name from the Beech trees that once covered the majority of our city. Rumor has it that an early village hall clerk misspelled the name on some official documents giving us today's current spelling.

Next to the Beachwood Village Hall was the Centenary Church, which was constructed in 1884. The stone foundation came from a small quarry on the Bleasdale Farm near the area of Harvard and Richmond Roads. When anyone in the community passed away, the church bell was tolled once for each year of his or her age. In the 1920s, it was moved back several yards for the widening of North Woodland Road (now Fairmount Boulevard). By the 1970s, the aging congregation was rapidly decreasing. On August 4, 1980, the church trustees voted to sell the church. It was purchased by the City of Beachwood and formerly housed our administrative fire department staff until the new station was built in 2001. 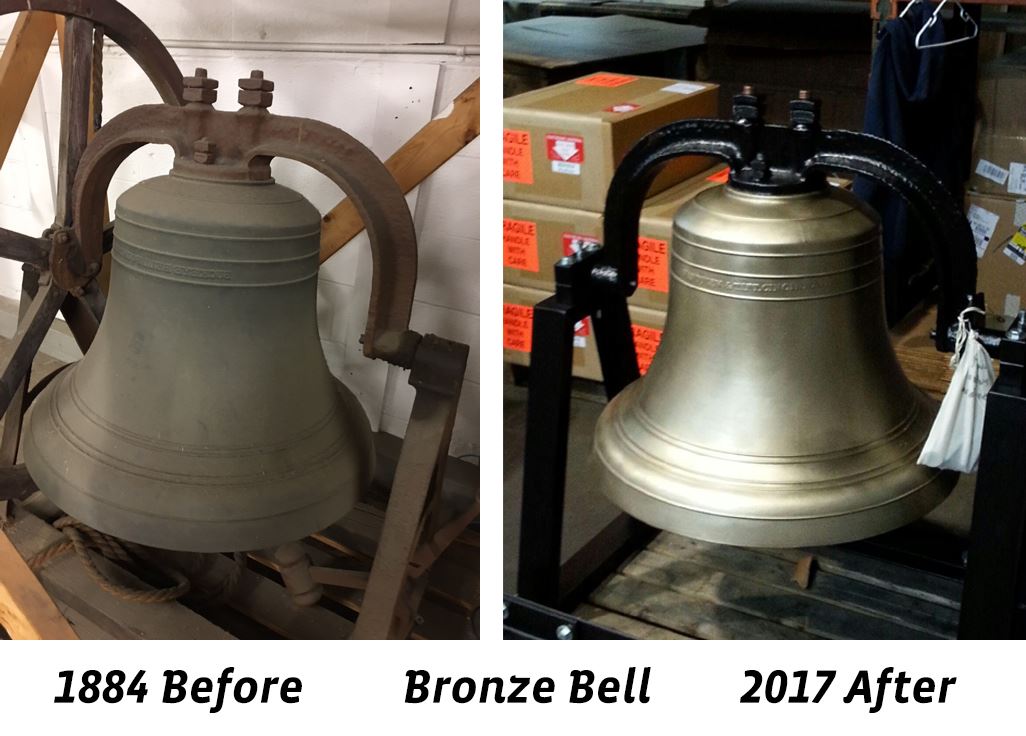 Our 400 pound cast bronze bell was made in 1844 by Buckeye Bell Foundry located in Cincinnati, Ohio. It is 80% copper and 20% tin. The Buckeye Bell Foundry operated until 1894. The refurbishers of the Beachwood Historical Bell, The Verdin Company of Cincinnati, Ohio have been restoring bells since 1842. Tim Verdin, 6th generation and plant foreman oversaw its restoration.

Next to the Beachwood Village Hall was the Centenary Church constructed in 1884. This was the home of the bronze bell until the new Beachwood Municipal Complex opened in 2005. The bell was placed in storage in the Police garage until 2016.

When anyone in the community passed away, this church bell was tolled once for each year of his or her age.

In the 1920s, the church was moved back several yards for the widening of North Woodland Road (now Fairmount Blvd.) By the 1970s, the aging congregation was rapidly decreasing. On August 4, 1980, the church trustees voted to sell the church. It was purchased by the City of Beachwood and formerly housed the fire department administrative staff until the new station was built in 2001.

In April 2017 the restored bell was placed on display outside the Beachwood Community Center adjacent to Beachwood City Hall.

Located at 23001 Halburton Road, on the corner of Green and Halburton Roads, is the Beachwood Cemetery, which is now owned by the city. There are gravestones that date back to 1813. Buried in the cemetery are 47 veterans from six different wars, including the Revolutionary War, the War of 1812, and the Civil War.

We are pleased to now share these results with the public.

Progressive growth has been a proud part of Beachwood's long history. Over the years, many changes have taken place in the schools and the city government. In 1960, Beachwood attained "city" status, with the census showing a population of 6,089. Today, there are more than 2,900 homes and more than 2,500 apartment and condominium units in the city. A comprehensive plan concentrates commercial development in certain areas. The city covers an area of 5.2 square miles, and has a population of nearly 12,000.